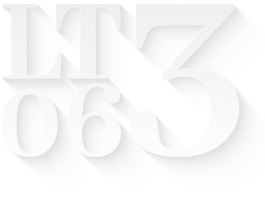 Project promoter – Police department under the Ministry of Interior

The aim of the project is to improve the policy of prevention of domestic violence in courts and law enforcement institutions, to strengthen competencies and inter-institutional cooperation in order to achieve effective division of functions and to prevent domestic violence.

During the project it is planned:

The expected result of the project is an improved prevention, response system and quality of pre-trial proceedings in the field of domestic violence.

The project is being implemented together with a Norwegian partner (Oslo Police district) and Lithuanian partners (Prosecutor General's Office and National Courts Administration). The Oslo Police Station will participate in a workshop organized by the project and share knowledge and good Norwegian practice in the field of domestic violence. The involvement of the Prosecutor General's Office and the National Courts Administration in the project will ensure synergies between institutions in the justice chain in the field of domestic violence.

The problem which is addressed by this project:

The project focuses directly on increasing the competencies of representatives of institutions in law enforcement chains - judges, other court staff, prosecutors and assistant prosecutors, police officers. Another target group of the project is members of the public who will be introduced to the phenomenon of domestic violence, how to recognize it, how to react to the manifestations of violence in the environment, which will contribute to reducing the latency of domestic violence.

The developed IT tool will allow to identify the households (persons) with the highest risk, where the re-victimization of domestic violence may occur and general, situational and individual prevention measures will be directed to them. After the transposition of the provisions of the EU Directive on the Rights of Victims of Crime into Lithuanian law in 2016, state institutions became obliged to form practices that reflect a new approach to victims of crime. The victim is no longer perceived as a means of proving the crime, and the priority is given to the victim's well-being, ensuring its protection against re- and secondary trauma. For this reason, the project focuses on the acquisition of portable video recorders and the development of an IT tool that will improve the implementation of the provisions of the Directive.

The following activities will be implemented during the project:

• Joint training to promote co-operation in the justice chain and the search for solutions to common problems.

• Targeted meetings with members of the community to reach 50,000 people who will be less tolerant of domestic violence and report possible incidents to the police.

• Community officials will acquire skills and competencies that are designed to work with the community. 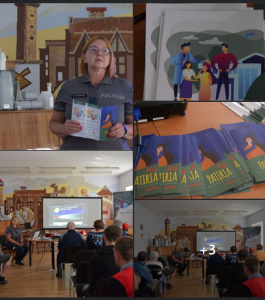 10/04/2022 - 08:40
Officers of the Lithuanian police community continue their meetings with community representatives

Officers of the Lithuanian police community met with the communities of Vilkaviškis, Jurbarkas, Rokiškis, and Alytus in June-August of this year. During meetings they discussed and analyzed various situations, how community members should behave, so that there is no room for domestic violence in their environment.

You can find more pictures here. 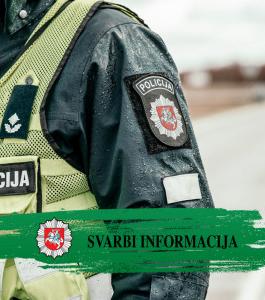 10/03/2022 - 15:11
Improving Work Quality and Enhancing Competences of the Justice Chain to Protect Victims of Domestic and Gender-Based Violence

The Police Department under the Ministry of Internal Affairs (hereinafter referred to as the Police Department) implemented project no. LT06-3-VRM-TF-001 "Improving Work Quality and Enhancing Competences of the Justice Chain to Protect Victims of  Domestic and Gender-Based Violence" (hereinafter - the Project) partially financed purchase of a system of portable video recorders (body cameras), signed the public procurement sale the contract for the system of portable video recorders (body cameras), which is intended for carrying out large-scale video processing processes. 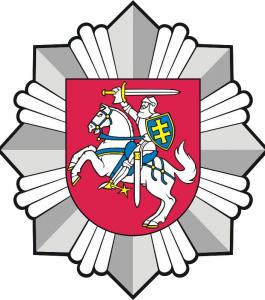 The risk management information system (RVIS) is being developed based on indicator 2.1.1 "Risk management information system developed" of the project "Improving the quality of work of the chain of justice and strengthening competences in order to protect victims of domestic and gender-based violence". This project is funded and implemented within the framework of the European Economic Area and the Norwegian Financial Mechanism 2014-2021  (project no. LT06-3-VRM-TF-001). 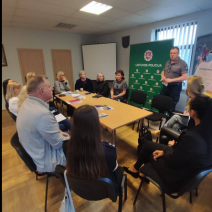 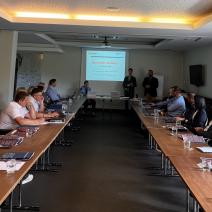 Article about the second workshop on the topic of domestic violence: September 6th-9th, 2022, Trakai
(3 photos) 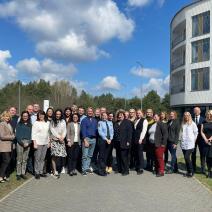 Article about the first workshop
(3 photos) 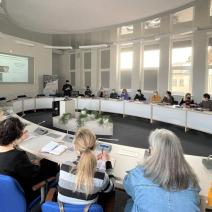 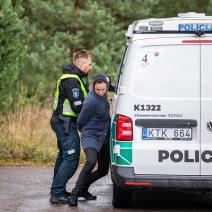